I’ve just returned from a funeral. A friend’s husband, father of five, died way before his time was up.   And it was a five Kleenex affair.

My mirror neurons, the ones that make you match the emotions of others, were hard at work. (You know when someone yawns, and you yawn? Those are your mirror neurons.) But the tsunami of tears I experienced went beyond my sympathy or empathy.

They started when his children then his wife spoke about their father/husband. Each of the kids, now grown and launched, shared what she/he would remember most about her/his dad. Each echoed the same sentiment: Their dad modeled for them how to be a person of character; he walked the walk, even when no one was looking.  (He penalized himself for a golf stroke even though only he knew about it.) He lived a life of integrity, caring, action, love, and devotion. He didn’t preach it; he lived it.

But the thing expressed by each child that brought me to my knees, was that this dad was genuinely there for each of kids throughout their lives. Each not only felt but experienced his/her dad’s concern, support, and encouragement. He was an ongoing, constant, day-to-day presence in his kids’ lives. They knew that he put them first not by his words but by his actions. This was a dad who showed up. He “posted,” as my own kids would say.

There are lots of scheduled ways that parents “show up”–performances, culminations, sporting events.  And there are more basic demands that require a parent to show up—carpools, doctors’ appointments, parent conferences.  It was clear to me that these five children who lost their dad were talking about another kind of showing up, not the have-to’s and not the splashy vacations and trips to Disneyland.  They remembered their day-to-day, every day dad.

There are lots of competitors for a parent’s attention in today’s world. Everyone has obligations and distractions that tug them away from their children.  A client and I recently shared the  head-shaking reality that young children today must compete with their parents’ ever-present, iphones for attention.  Whether waiting in carpool, in the ball park bleachers,  or standing in line at the grocery store, parents check emails with child in tow.  In the days before cell phones, parents actually watched their children in the park, witnessing the first real cartwheel or free throw, tiny events they would have missed had they been glued to their email.  It takes pleas of “Watch me, Daddy!” to grab the parent’s attention away from the iphone these days. Do you think your kids don’t notice what is most important to you?

On the way home from the funeral, I listened to a radio show psychologist as she talked about a teenage boy who was acting out, mainly with his dad, as reported by the mom. Mom handed the phone to the boy, as per the doctor’s request. After some noodling around, the doctor asked him, “What do you want from your dad?” A pregnant silence was followed with,  “I want him to him to like me.  I want him to care about me and pay attention to me”  very quietly spoken.  How timely that I tuned into that segment of the radio program, on my way home from the funeral.

How you will be remembered? What your children will declare about you is in your hands.  Take the time now to watch their cartwheels and post every time you can.  The time to show up for your kids is now. 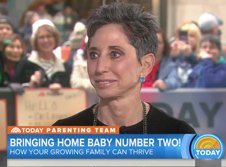